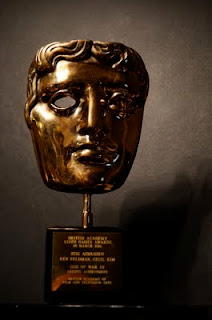 This is it. The end of an era. I have ended 11+ years of service at Sony Santa Monica Studio. In 2000, I moved back to LA from Hawaii after I finished working on Final Fantasy IX. Sony Santa Monica Studio was pretty small core team back then, thinking around 40+ employees. The loft studio was so huge and everything smelled fresh and new. I have learned how to go through lenghty production schedule of each games, between 2-3 years average. Well... it's all done for me now. We have sold more than 15 million units worldwide ( God of War franchise alone) and I am truly grateful to be a part of the legacy. I wouldn't hesitate a second to say it is the one of the best developers out there... sometimes we are pushing too hard on ourselves.. it becomes a part of our culture. I am going to miss that challenge.

When I was very young, I saw academy awards ceremony broadcast on TV from Korea. It was the movie "Mission (1986)" by Roland Joffee which won "Best Cinematography".. I didn't even know what cinematography was. However I saw the movie and I kind of understood the award was given to the director of photography for his excellent visual style and achievement..on waterfall shots. Since then I had a dream of being close to that honor. yeah...big dream :) and as I got older, I totally forgot about that inspiration.

It was a few months ago when I heard we won this award. Even though it's BAFTA (British Academy) and video Game awards, I felt like my 11 years of service to Sony finally came molded in a shiny object to me. What an honor to hold for the rest of my life.

Now I am moving onto a new chapter in my career. Starting from monday tomorrow I am not driving on 10 fwy, instead I am going to walk out the door and start sketching out my big idea..and survive.
People ask me how I feel....sadness is replaced with confidence slowly.  I feel good and ready.

Our company website will be up and running very soon. I will keep you posted.

Good luck in your new path Cecil . I learnt a lot from you.
Thanks

once again. Congrats Cecil and good luck with your new chapter in life!

Thank you Albert, all your buddies were working with me, we should all meet during next E3 or X mas break :) KBBQ for sure.

I wish you much success in the new beginning !

All the best with your new chapter Cecil and congratulations on the BAFTA too.

Good luck Cecil, I'm sure you'll surprise us once again.

Congrats Cecil, your work is so inspiring to me. Good luck starting your new chapter in life and I look forward to seeing amazing new art works and seeing how you continue to develop as a artist with all this new freedom you will have.

good luck bro. I got your back. whatever you need.- famous gumbo

Looking forward to seeing your future undertakings of your company,Cecil and congrats on the award. All the best.

Julian, Edward, Nishan,
Thank you all for cheering me up! Will do my best.

Hey. Good luck. I'm looking forward to see what you're up to :)

Thank you Nishin, Julian, Edward! Sabin, Farvus.
Thanks for the encouragement. Great!!

All the best for your future endeavors and keep inspiring Sir!!