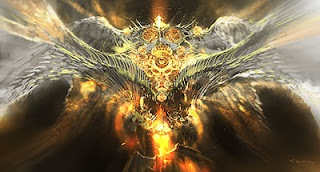 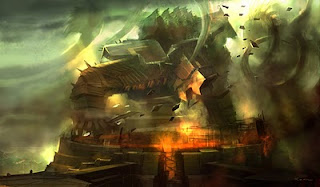 Noah's Ark being a colossus's top head structure and it's getting awaken by wind god.
Totally in the line of GOW, but instead of bronze metal statue, it's built in a same way people believe how Noah's ark is built. Make sense?
The other image is something I got inspired from one of my favorite film "Watchmen" there was a glass spinning clock thingy that is super bizzare and cool. I thought about some sort of super power is actually made out of clock pieces and velvety feathers.

wow amazing!!!! Hope all is well