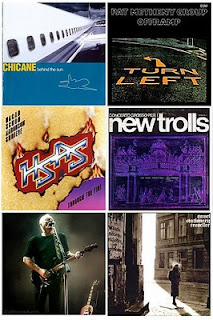 Hello, So I wanna share some of my favorite music with you here. I came across this music player that I can have some music tracks playing while you are on this page, I know it's a bit annoying specially the musics I choose are not really your taste, I might as well just talk about them-some of the songs here..it pretty much explain how sentimental my teenage life was back in the 80-90s.

1. Chicane "No ordinary morning" personally I like his mixing style a lot for its simplicity and the mellow nature of it. Unfortunately I haven't discover any of his new stuff after 2nd album. Beautiful song calms me down..

2. Pat Metheny (Offlamp)"Au Lait" Growing up in Korea when you are in high school can be truly overwhelming, to stay in the academic competition to fight for college spots, it's way too
much for a teenager who's got a huge question mark for everything in his forehead.. My hobby was nothing but collecting LPs(yeah LPs), the only time I can freely enjoy them is past midnight when I sit in my room and study for a Korean SAT test and stuff. Au Lait" is the song was on his "OFFLAMP" album-the shiny jewel, I usually put this track over and over and fell asleep with my headphone on.thinking yeah..another day... It's difficult for people here to understand how stressful life over there in Korea, things gotten so much better now but when I was growing up, we didn't have much fun AT ALL. No skateboard, no videogames or partying with girls. That's why I wanted to come to the states, after watching "Back to the future: I started to admire the lifestyle in the states. Straight 8 to 8 school with 2 bento boxes in your hand and well, study more when you come home. At least try to pretend. Sounds pretty pathetic? haha... well that made me thinking about going into the art field.. so it worked out for me..at least.
Personally I think Pat Metheny is a genius, how he challeges himself everytime and his band also tries to push themselves to take it to the next level. It's a mindblowing to see how they can be so accurate when they perform. So inspiring..

3.HSAS "A whiter shade of Pale"-formed by Neal Schon(Journey) and Sammy Hagar (Van Halen) for only one recording which was this album recorded all live. I particluarly love Neal Schon's guitar style, very sleak and flowy and sharp like a razor blade. Well, Procol Harum's original version is a timeless classic, however this version demonstrates how they got together just for the sake of music, having fun jammin..

4.New Trolls "Concerto Groos Per I New Trolls - 3. Tempo:Cadenza gosh,, this song is almost 40 years old. They were an italian band. Listening to it is like being on a time machine. There were a time when people made these seriously dramatic moody songs like it's the end of the world. Jimmy Hendrix and Doors was one culture, but over in Europe, these guys had string instruments to talk about Shakespeare. I love them..


5.David Gilmour -I wouldn't hesitate a second to say David Gilmour is my favorite guitarists of all time. His guitar sound paints constellation in my head. I listen to Pink Floyd just to listen to his guitar riffs and how he creates distortion sounds in such a wide range of notes. When I was going to artcenter, I saw PinkFloyd in Rose Bowl. I saw him rips the night sky with his guitar.:)

6.Camel "Stationary Traveller" Another british progressive rock band from the 80s, Andrew Latimer is such a talented musician, he plays all kinds of instruments, studio recording of this song sounds so much better.. His guitar in this song is so memorable, his guitar speaks and sings without words.

I wanted to apologize for not being able to make it to the event. I had food poisoning over the weekend. Hope everything is well.